The Central Jersey Diaper Bank is an amazing organization that hands out literally hundreds of thousands of diapers, as well as wipes, formula, and many other items that parents need but cannot afford. The main project of the Anshe Emeth Community Development Corporation, the Diaper Bank has provides an invaluable resource for the community that has increased exponentially due to COVID-19.

I got involved with the diaper bank because I know the executive director (she actually set me up on my first date with my wife!) and she asked me to help them with some technology needs. Following two successful projects, I was asked to join their Board of Trustees, and since joining, I’ve taken on a number of other technology projects that have had tremendous impact. As with all nonprofits, our goals are to have the maximum effect while keeping costs to a minimum. Here’s a list of a number of those projects. If you’re a nonprofit and are in need of any kind of technological expertise, please feel free to contact me.

Free Software for Nonprofits via TechSoup

Before getting started, I mentioned to the executive director of the diaper bank that there was a ton of free or discounted software available via TechSoup. The site acts as a gateway to vendors: just fill out an application to join (which requires providing the nonprofit ID number known as an Employer Identification Number, or EIN), and once approved, it’s off to the races. Companies like Microsoft, Adobe, Dropbox, and others all provide free or heavily discounted software and services. Signing up and updating licenses for software like Office 365 around the office helped to make sure that all of the computers were up-to-date and could use the latest technologies, all for completely free.

The first major project I worked on was moving their email from their antiquated webhost email over to Google Workspace. Then called G Suite, Google provides G Suite for Nonprofits for free. This offering allows for free @YourDomain.com email addresses with 30GB of cloud storage space, shared drives, and integration with all of the Google products you might expect (Calendar, Drive, etc.)

There were two major challenges in setting up this service. The first was the migration of email from their webhost to the new Google email host. Having previously written about email migration between Google Workspace accounts, I knew how to use the Google Migrator tool to get the emails over to where they needed to go. The webhost didn’t play nicely because of SSL errors on their end that prevented Google from connecting initially, but I was able to work through them.

The second major challenge was pointing the domain name over to Google. Without diving too far into the tech details here, a domain name (like CentralJerseyDiaperBank.org) can have MX (mail exchange) records that control where emails to [email protected] email addresses go. On the original webhost for the domain, changing these was a very annoying process. Instead of fighting with their software, I instead pointed the domain to CloudFlare. CloudFlare has a full suite of web tools like security, always-on functionality in case the webhost goes down, caching of files for faster webpage load times, and most importantly for this project, DNS (domain name system) management. CloudFlare offers a hefty discount for nonprofits via TechSoup, but our site was so low-traffic that we were fine with their free tier.

Once the domain was managed by CloudFlare, pointing the MX records to Google was a cinch. With all of the historical email migrated, the users were able to stop using their old accounts on a Friday and start using their new Gmail-based accounts on Monday, with very little downtime.

The next project I worked on was a migration of data out of Excel sheets and into SalesForce. The Diaper Bank used Excel sheets to track everything from client names and contact information to the number of diapers in their warehouse. Though Excel served the company well for a while, as the nonprofit grew, it became increasingly clear that they needed a service that was useable by multiple collaborators at once instead of an Excel sheet that got emailed around daily.

In addition, the lack of easy reporting capabilities took its toll. Grant applications typically require some data from the nonprofits, such as how many people they’ve helped, how many of them are repeat customers, etc. Excel made these reports into a tedious copy-and-paste exercise.

After researching a number of options, we came to the conclusion that SalesForce met or surpassed every requirement we had. In addition to collaborative editing of the database, it allowed us to set up easy-to-use reports that could be exported for grant applications as well as the end-of-year report.

SalesForce itself is a SaaS platform that comes with monthly fees, but their nonprofit pricing is generally less than a third of the regular price. In addition, the platform has to be set up for us, so we found a SalesForce consultant to work with us and customize the system. 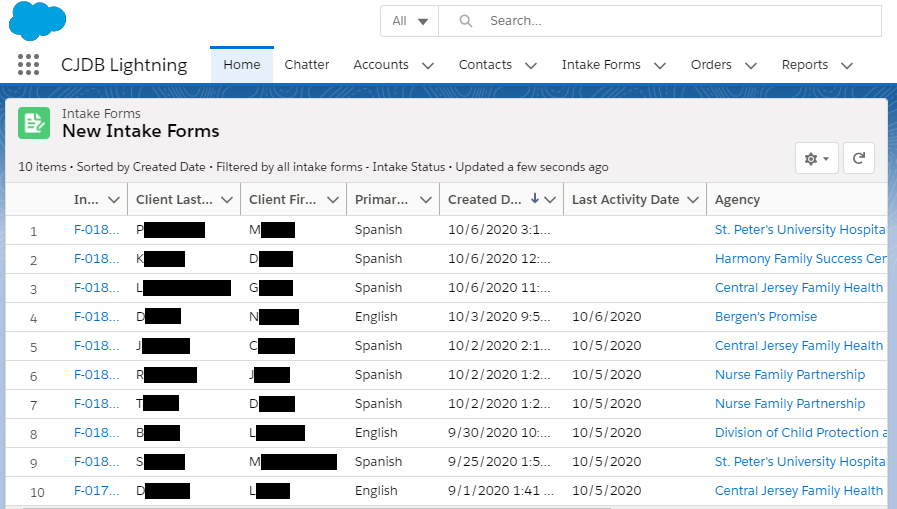 The CentralJerseyDiaperBank.org website was originally run on an outdated Joomla installation. We knew that we wanted to redo the site, but the first step was to update the site’s content and make it easier for non-technical users to edit. So, as a stopgap solution, I created a new WordPress installation on a DigitalOcean droplet and copied the site over page by page, eventually making the WordPress version live by repointing the DNS using CloudFlare.

I chose DigitalOcean as the host because they’re very cheap for what they offer, they have fantastic support, and I’ve been using them for several years now. We emailed DigitalOcean, and they were nice enough to give us $250 in credits for their system. Because the website was low-traffic and static, and we had CloudFlare’s CDN (content delivery network) caching a lot of our static resources, we were able to get away with a $5/month droplet. We added their backups option for an extra $1/month. That $250 would thus be able to last us roughly 3.5 years.

The next step was getting the site redesigned. We wanted the site to not only look modern and updated, but also solve a difficult user interface problem that many nonprofits face: we want to not only list all of our services for those that need it, we also want to show donation opportunities for potential donors.

We found a designer through CatchAFire, a site that pairs nonprofits with professionals who want to donate their time. The professionals create “bids” for nonprofits whose missions speak to them, and then the nonprofits can interview and choose a professional. We found a great web designer who created a new site for us in Squarespace, which was easy for them to design and easy for our non-technical users to edit. For my part, on the technical end Squarespace has been great, their support fantastic, and their interface simple to use.

We also translated the site into Spanish – check out the next step in our journey here! 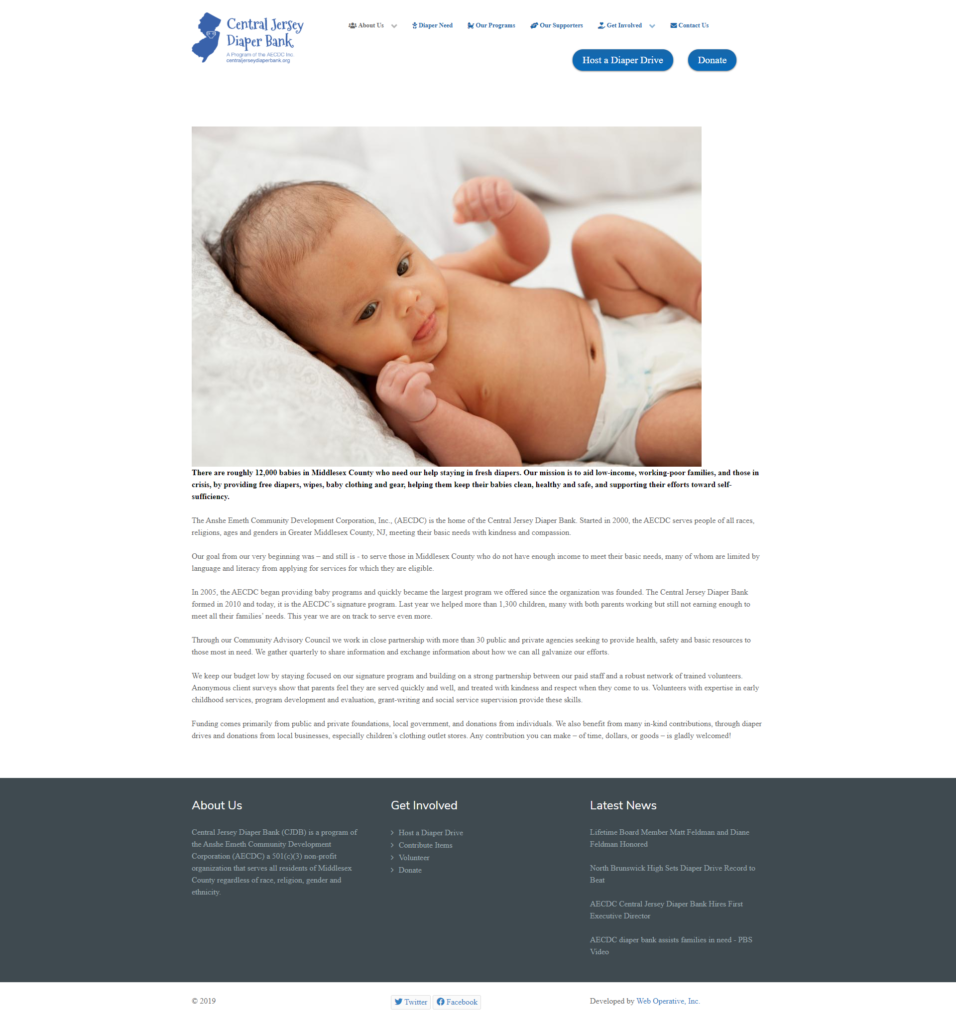 While my expertise is on the technical side, that doesn’t mean I can’t find time to flex my artistic muscle. When I found out that during COVID, lines for the diaper bank wrapped around the building, I knew I had to get down there with my camera. I took a number of photos that I’m really happy with, and many of them are now in use on our website, mailings, and other media. 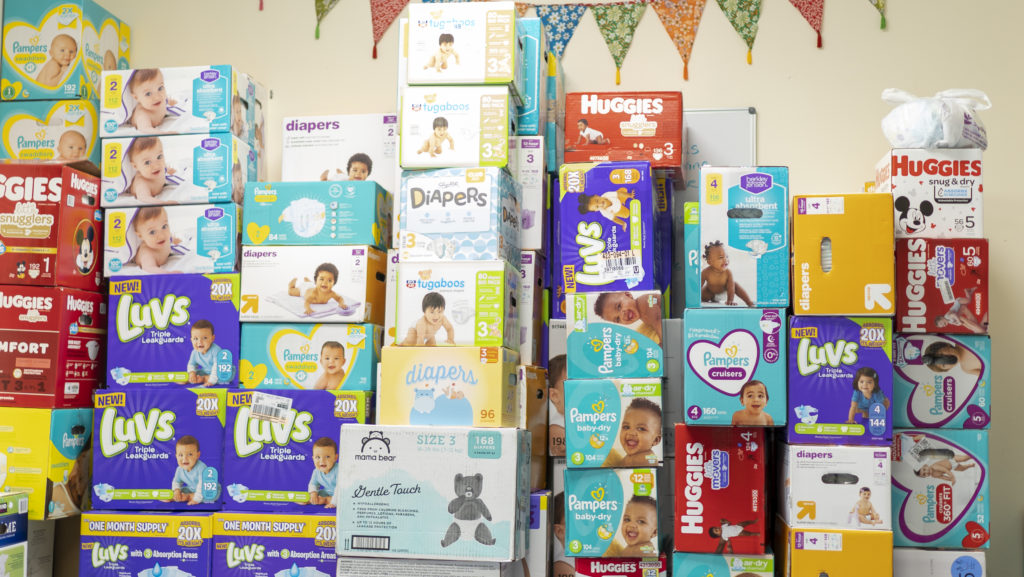 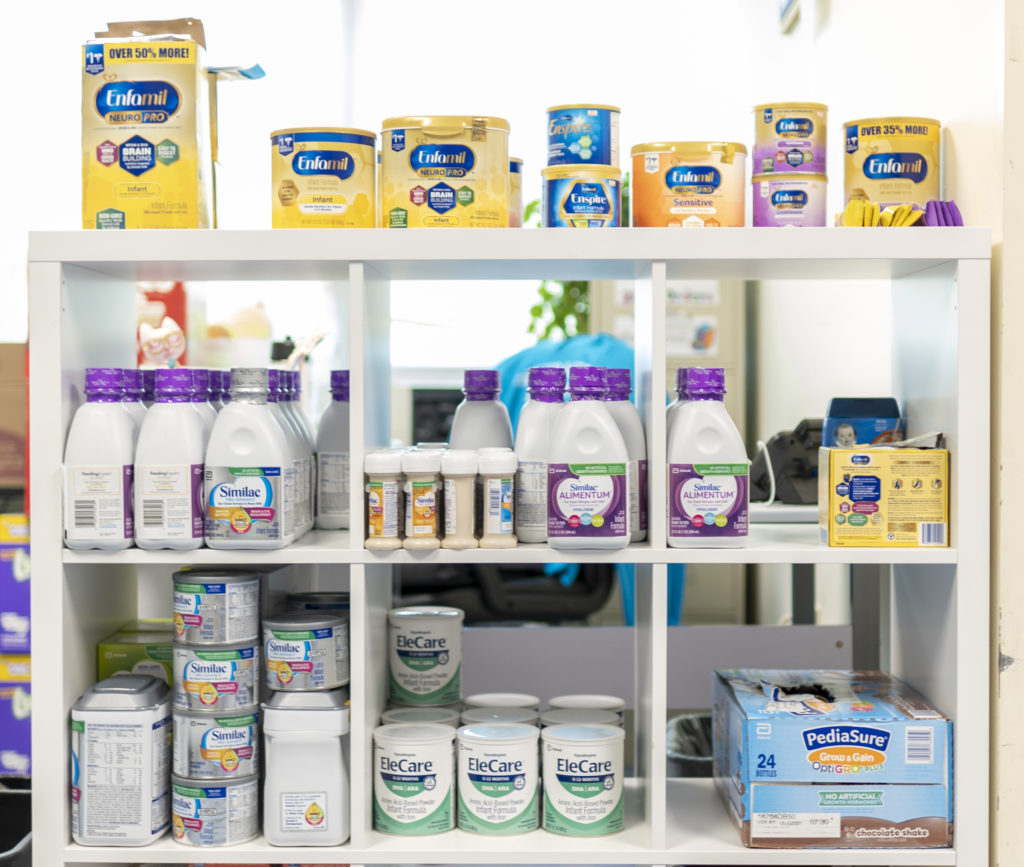 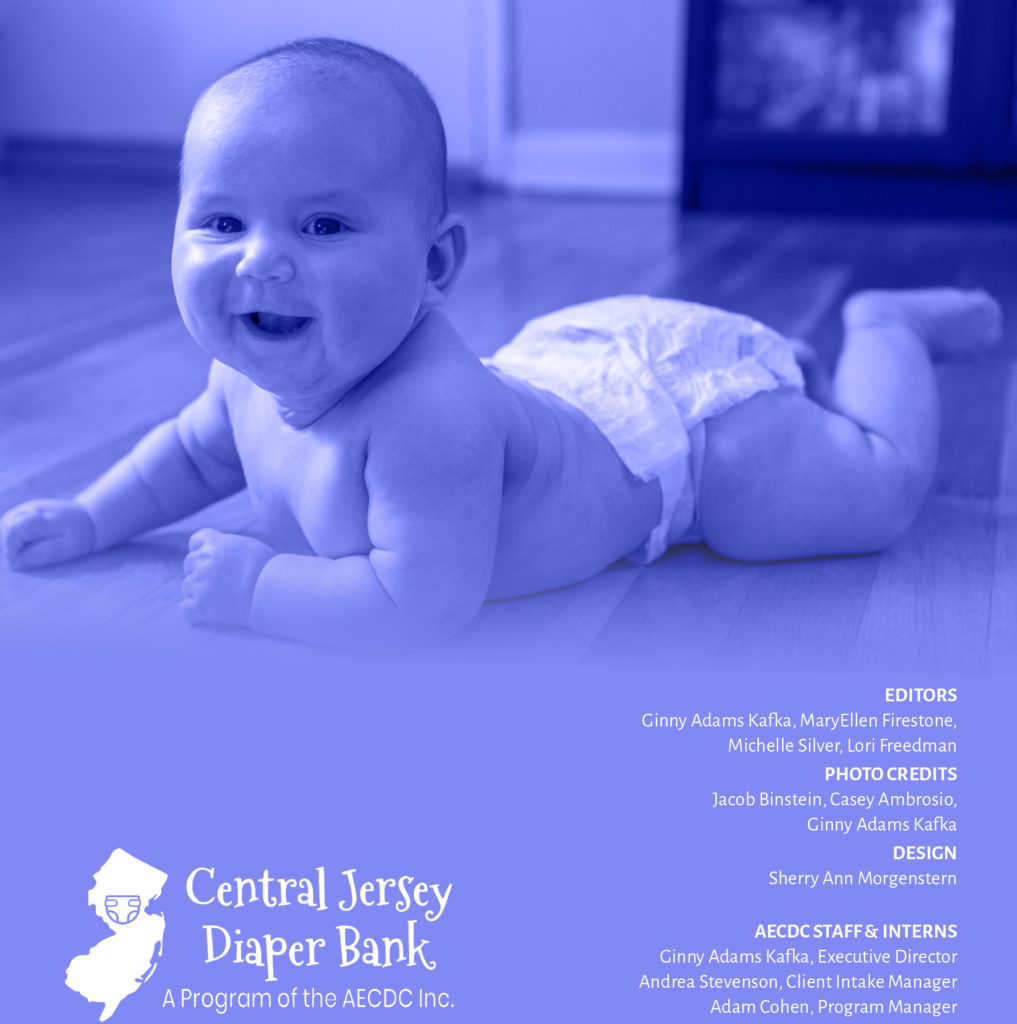