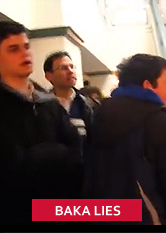 BAKA Lies
While I was a student at Rutgers University, I had the opportunity to work on a number of Israel-related projects. The first, “BAKA Lies”, was about an event on campus  that charged that what was happening in Gaza at the time was worse than the Holocaust. 300+ Jews were barred from entering the event, simply because of their religion. I documented the event, and ended up winning an award for it. 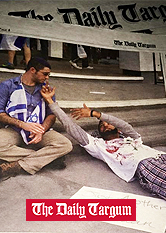